Smith to attend U19 WNT Camp from October 3-10 at National Training Center in Carson, CA 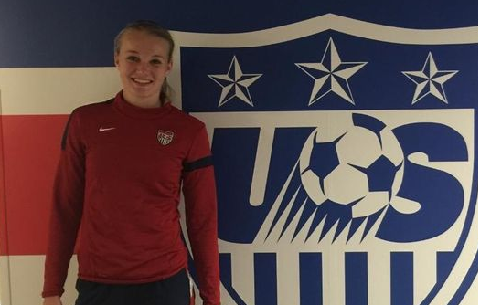 Empire United Rochester's Mackenzie Smith, from Bath, NY, has been invited to the U19 Women's National Team training camp.  Mackenzie is also a member of the Region I ODP team, and has committed to Clemson University to play beginning in the Fall of 2016.  Congratulations Mac!

The U-19 WNT is finishing its first year of programing since 2004 when the age group switched to Under-20s as FIFA’s world championship moved from a U-19 competition that was staged in 2002 and 2004 to the U-20 Women’s World Cup which has been held every two years since 2006.

All the players in this age group are eligible for the team that will attempt to qualify for the 2016 FIFA U-20 Women’s World Cup to be held in Papua New Guinea.

Of the 24 players called up, 15 were born in 1997, and eight were born in 1998. Jan. 1, 1996, is the age cutoff for the next U-20 Women’s World Cup. Jitka Klimkova, one of the USA’s Women’s Development Coaches, will run the camp and has also called up Gabby Seiler from the University of Florida as an overage player to do some evaluation for possible inclusion in upcoming U-23 Women’s National Team events.